A new series of wall hangings by P.Struycken.
The works, measuring 270 x 165 cm, show spectacular cross-sections of colour spaces inspired by the composition ...explosante-fixe... from 1971-93 by the contemporary French composer Pierre Boulez.
They visually convey impressions of the acoustic richness and complexity of this piece. Layering and changing colours within a highly structured and complex design are aspects that lend themselves to visualization at a certain level of abstraction without wanting to be an illustration of the work or parts of it. The figuration of the wall hangings arises from an emotional connection with the operation of the piece and is not a rational analysis of it.
To represent the changes in the structure of sound colour relationships within music, Struycken opted for changes in visual colour relationships.
As in the music, in the visual work the increased detailing can be experienced as moving, alternating and overlapping layers, the boundaries and variable extent of which are the result of changes in the underlying structure. The form thus arises through alternation of perceptible sound and colour relationships and not through a combination of a priori formed figures or divisions.
Struycken's works produce images that shimmer, seem to move and approach 'entoptic perception': perception behind closed eyes as a result of residual stimuli from nerves behind the eye. An observation that is also characterized by alternation and change of colour layers with unlimited detailing and nuance.

Struycken has been working since 2004 on a dynamic visual version for the composition .....explosante-fixe..... It will be a computer-generated image version that, in contrast to the wall hangings, precisely reflects the musical developments within the piece will follow. The combined sound and image version will be shown in the Holland Festival in 2006 as a three-screen projection and in 2007 in an extensive spatial arrangement with multiple projections in the Groninger Museum.

The wall hangings were made in the Textiel Museum in Tilburg on a computer-controlled Jaquard weaving machine.
Struycken first designed a palette with 256 colours on the weaving machine for the new rugs. He then used these to structure his colour spaces from which the wall hangings are intersected. The earlier rugs had a palette of 28 colours. The extension in colour was possible by alternating white warp threads instead of only white warp threads (coloured warp) and by weaving with 8 weft colours instead of 6. 8-shank satin weaves were used and double cloth. Every binding (ie every colour) consists of a combination of four weft colours.

P.Struycken is interested in the coherence of colours. That is, in similarities and differences between colours and not in combinations of chosen single colours. For him, the relationship between colours is more important than the colours themselves. His growing conviction is that the experience of a limited number of colours as a colouristic unit, such as in a work of art or when applied in architecture, can be derived from colours in their natural coherence and can be traced back to general facts of experience. His interest in the history of views on colour, its perception, interpretation and appreciation help him to develop and substantiate his belief.

Over the years, Struycken has developed his own working method in which he views colour in its boundless variety, nuance and changeability without preconceived value or meaning. The pure look at colour for its opulence and changeability is what he strives for in his work. 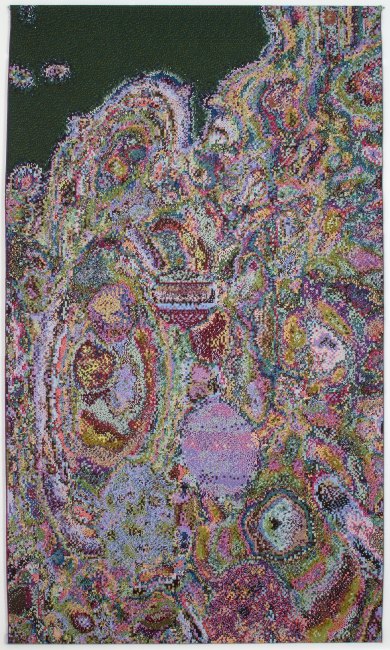 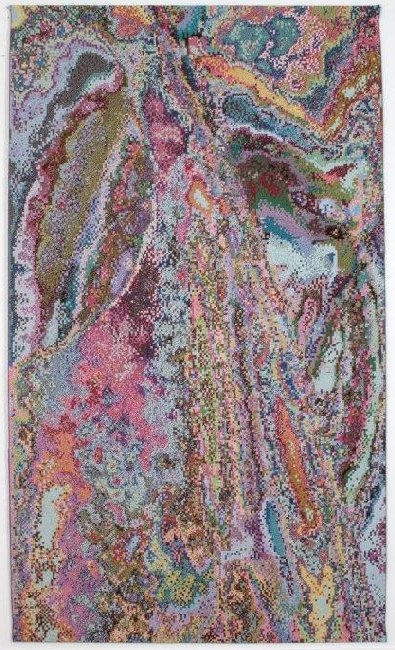 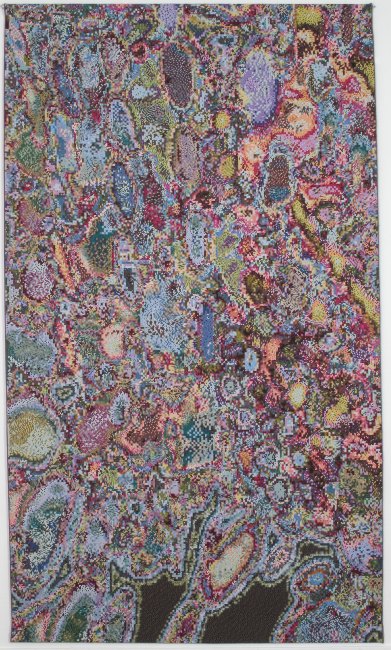 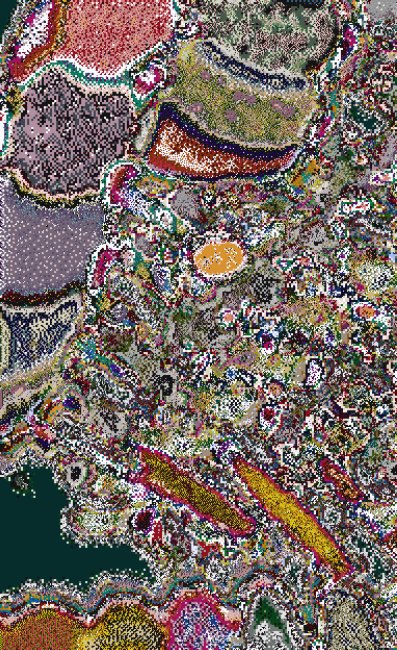 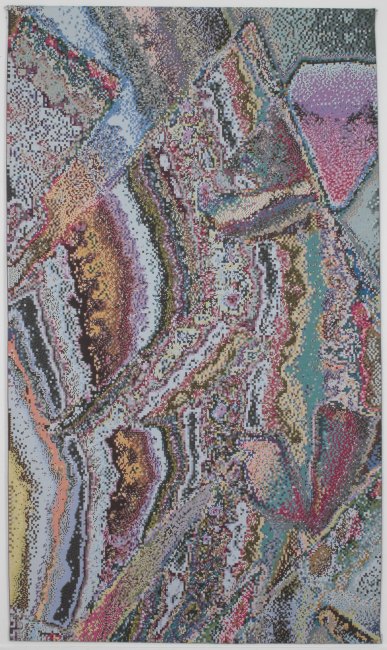 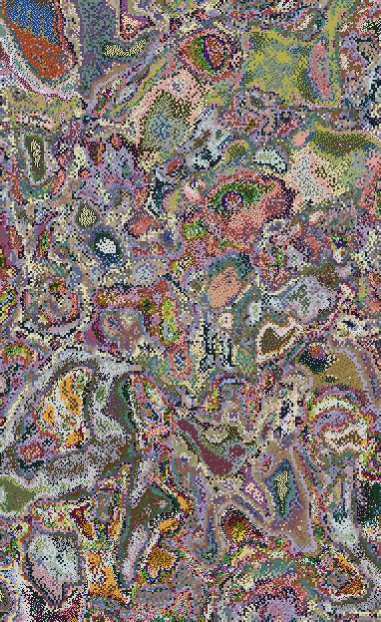 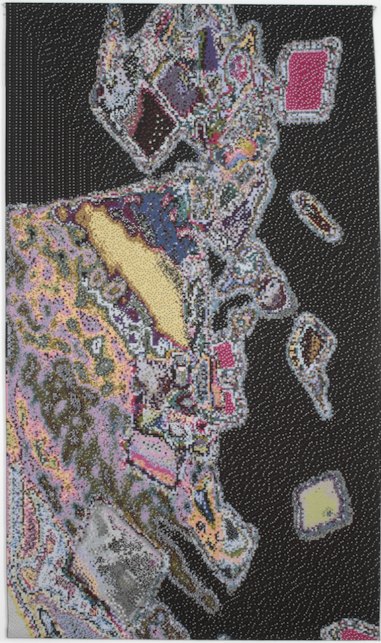 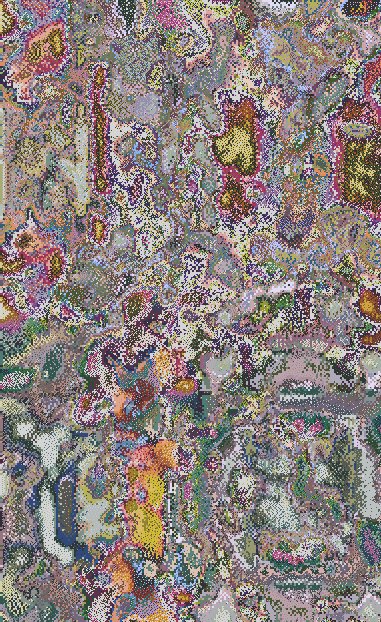 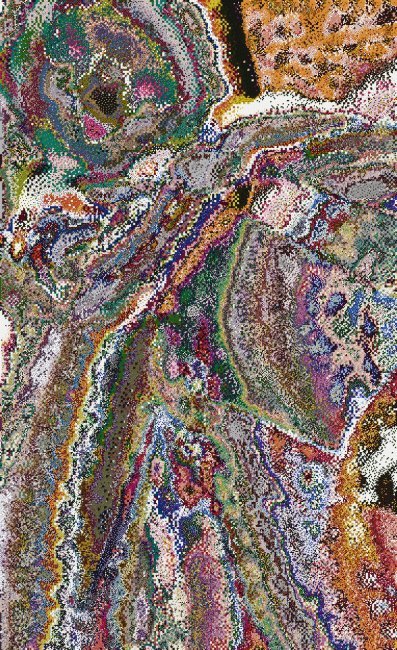 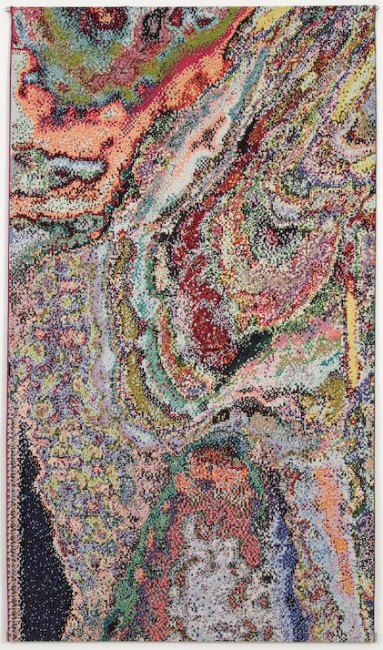 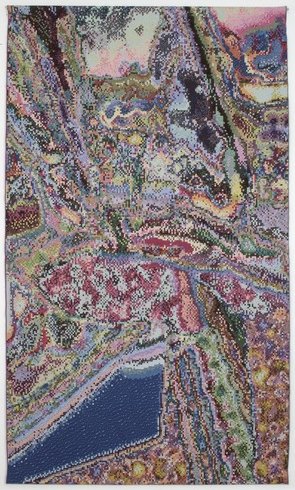 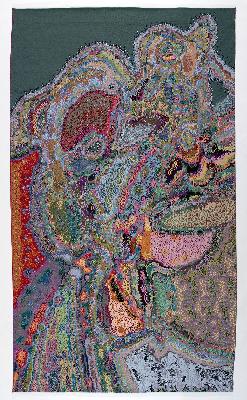 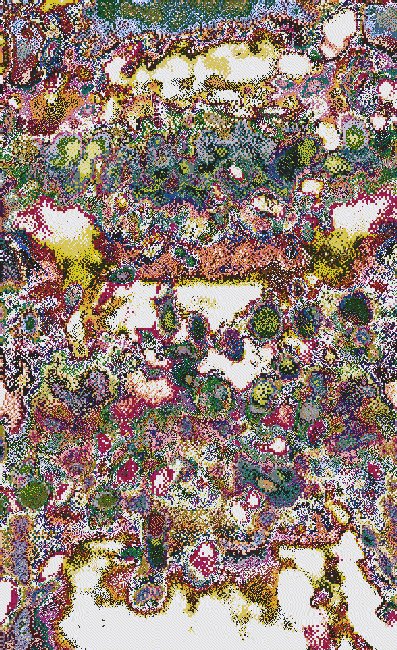 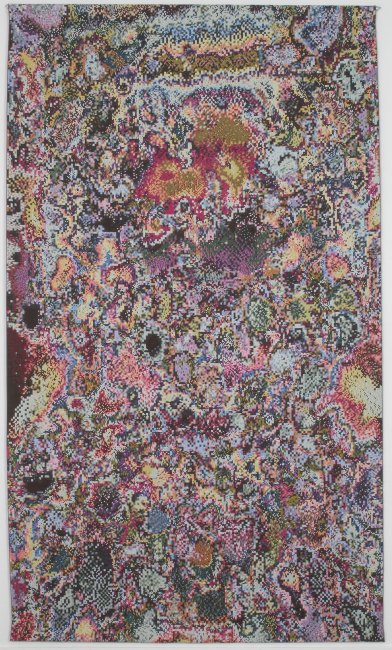 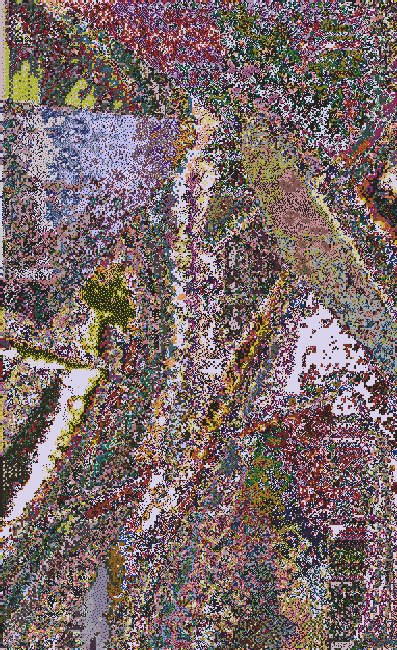 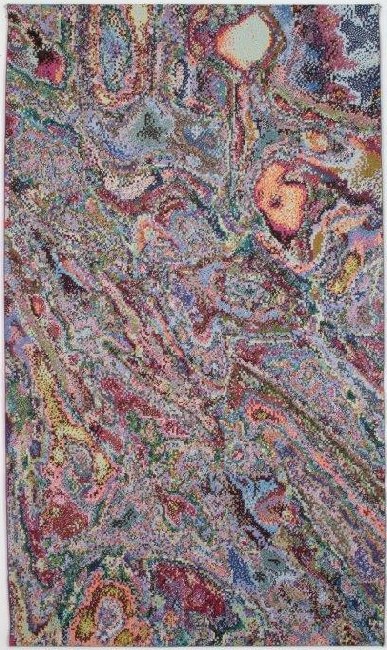 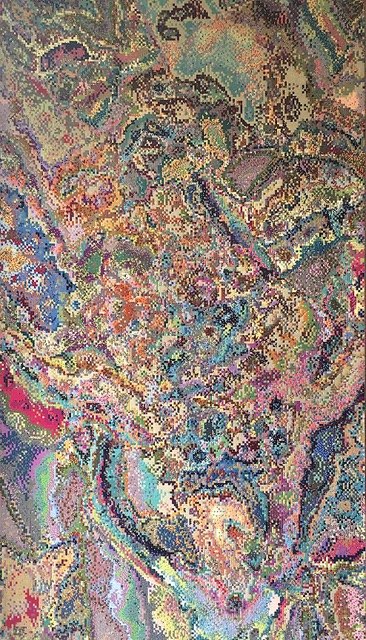 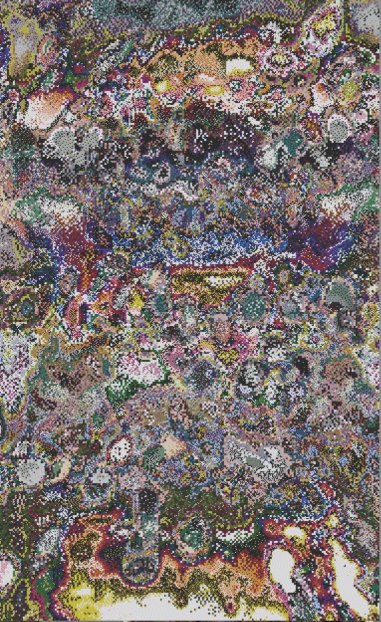